2020’s worst year in the history of tourism with losses estimated at 1.3 trillion dollars – 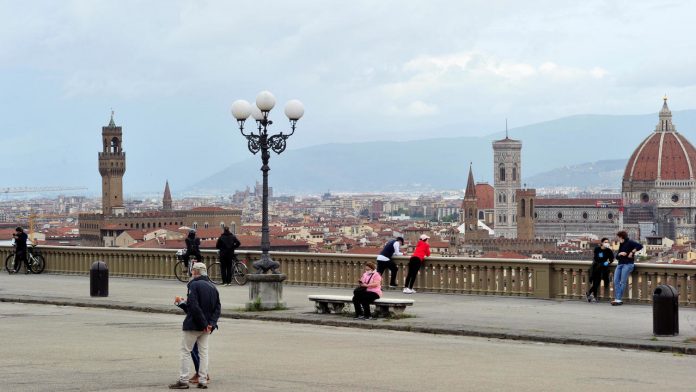 The coronavirus crisis cost the global tourism sector 1.3 trillion dollars (1 trillion euros) in lost revenue by 2020 when the number of people traveling plummeted, the UN said on Thursday, calling it “the worst year in the history of tourism”.

Revenue lost last year amounted to “more than 11 times the loss recorded during the global economic crisis of 2009”, the Madrid-based World Tourism Organization said in a statement, warning that between 100 and 120 million direct tourist jobs were at risk.

International tourism revenues fell by one billion, or 74 percent, by 2020 with Asia, the first region to feel the effects of Covid-19, with the sharpest decline, it added.

“While much has been done to make safe international travel an opportunity, we are aware that the crisis is far from over,” WTO Director Zurab Pololikashvili said in the statement.

While the roll-out of Covid-19 vaccines is expected to “slowly normalize travel” by 2021, many countries are reintroducing stricter restrictions such as quarantines, mandatory tests and full border closures “due to pandemic developments”, the UN agency said. sa.

International tourism revenues had increased by four percent in 2019 to 1.5 billion, with France as the world’s most visited country, followed by Spain and the United States.

Earlier this month, the French government said tourism revenues had fallen by 61 billion euros, or 41 percent, by 2020.

Tourism Minister Jean-Baptiste Lemoyne called the annual deficit “a shock” but said France had managed the pandemic relatively well thanks to visitors from neighboring countries and French people on holiday at home.

The museums were particularly hard hit, and the Louvre in Paris reported that the number of visitors decreased by over 70 percent because the Covid restrictions kept art lovers away.

The last time international tourist arrivals showed an annual decline was in 2009 when the global economic crisis led to a decline of four percent.

The WTO said that most experts do not see a return to pre-pandemic levels before 2023.