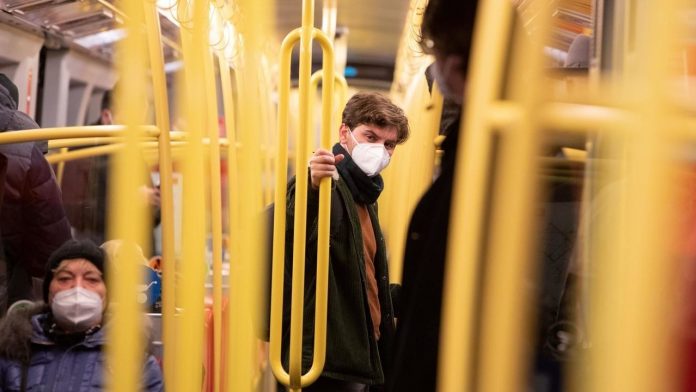 On Monday, Austrians changed their face clothing against medical-grade FFP2 masks, now mandatory for people over the age of 14 in public transport, shops and companies, pharmacies and hospitals or medical practices.

Austria is among the first European countries to make FFP2 masks mandatory.

The measure has largely been accepted without complaint, despite controversy over other measures such as closing schools while ski lifts are open.

“Because of the (more contagious) variants of coronavirus, it is necessary to better protect yourself,” says 24-year-old Vienna resident and graphic designer Hannah Zuegner.

“If everyone participates, I think it will change the situation, especially when the vaccines come,” she said.

Although they are often sold for more than 5 euros each just a few weeks ago, the masks, which block 94 percent of aerosols, can now be found in all grocery stores for 59 cents each. Older residents and low-income households received packages with free FFP2 masks last week.

The measure also applies to supermarkets and service providers such as garage owners and healthcare professionals, while teachers, warehouse workers and people in the public service must also follow at their workplace, unless a distance of at least two meters can be guaranteed.

Pregnant women and people with medical conditions that make it harder for them to breathe are excluded.

After a second shutdown that ended in early December and allowed stores to open for Christmas shopping, daily infection rates rose sharply, leading the government to introduce a third shutdown just weeks later, on December 26.

Although it was supposed to be lifted on January 25, this third lock-in failed significantly with new infections in the country of 8.9 million, leading to an extension until February 8 and stricter rules, including the mandatory FFP2 masks.

Currently, about 130 new infections are registered per 100,000 inhabitants every day – well over a maximum of 50 infections that the government strives for.

Schools, museums, sports halls, cinemas and unnecessary shops are currently closed and the government is urging Austrians to limit social contacts and to work from home where possible.

Outdoor sports are allowed, however, and photos of crowds queuing at elevators or hugging with drinks at ice rinks have caused outrage.