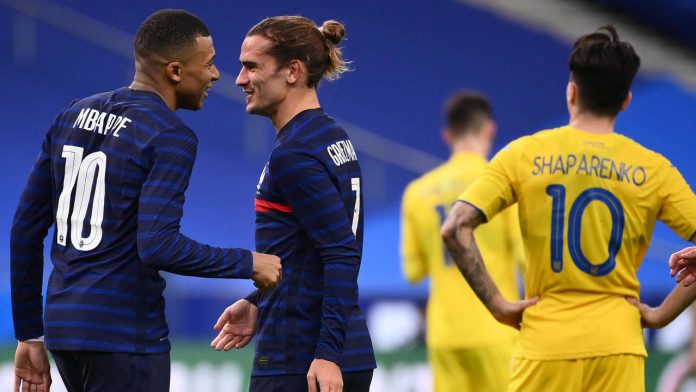 The holders France had a difficult draw in the qualifiers for the World Cup 2022 on Monday, with Ukraine and Bosnia and Herzegovina standing in the way of the final in Qatar, while England face Poland in their group.

Gareth Southgates England, semi-finalists at the 2018 tournament in Russia, will also face Hungary and Albania, as well as two of the minnows of international football, Andorra and San Marino, in Group I.

France will also face Finland – who recently beat Les Bleus in a friendly in Paris – in Group D, with Kazakhstan completing the group that was taken in a virtual ceremony at FIFA’s headquarters in Zurich due to the Covid-19 pandemic.

Didier Deschamp’s side are in a group of just five teams as they will be in the final of the UEFA Nations League in Italy in October next year.

The European qualifying competition to reach the final starts next March, with a total of 13 countries from the continent.

Only the winners in each of the ten groups automatically qualify for the final, which will take place in November and December 2022.

The other ten places go to the playoffs along with the two best Nations League group winners who miss the qualifiers via the traditional course.

These finals will produce three more qualifiers, in total, where Europe has 13 places out of 32 in the final.

Germany, whose coach Joachim Loew has been subjected to heavy pressure after a number of poor results for the 2014 World Cup winners, will be expected to come through a group where Romania and Iceland appear as their biggest threats.