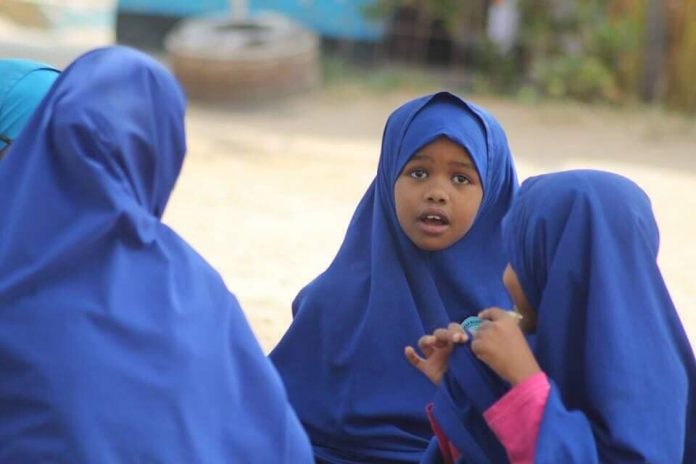 In general, education is the process of acquiring skills, values, beliefs, and habits as knowledge or way of life. The methods to acquire education includes teaching through storytelling, training, practising, discussion and the textbooks. Education frequently takes place under the guidance of the instructors.

At the first place in Somali history during and after the independence education was considered as one of the top priority in any governments’ key strategic policies to produce human capital but unfortunately progress was a bit slow since the newly elected government after the unity did not have the capacity to reform and expand the education system due to the integration of  two education systems developed by very different colonial powers (Britain and Italy) with different languages of instruction, syllabuses, and management styles. That was an obstacle and daunting task.

A military coup led by General Mohamed Siyad Barre in 1969 initiated the reform and marked as the beginning of a period with significant progress in the provision of education in the country. The regime introduced a number of revolutionary social and economic programs under the banner of ‘scientific socialism’ – a mixture of Marxist-Leninist socialism and Islamic principles which some historians believe that it was productive while others disagree. Somalia adopted the Latin alphabet as the official script in Somalia in 1973, which paved the way for a more cohesive education system in the country. Breakthrough found in 1970 when the Somali National University established in Mogadishu with dedicated to offering faculties of journalism, education, medicine and among others. The civil war and the subsequent collapse of the Somali state didn’t spare the education system. In fact, it completely destroyed the education infrastructure of the country and also the damages are not yet repaired

The outbreak of civil war in Somalia in the early 1990s directly damaged and took its toll on the formal education system in the country. Schools  were turned into accommodation for the internally displaced people fleeing from the war, no stable environment to seek education and  many educated people left the country as refugees as well as denying a large number of Somalis the opportunity to access education, this relocation of educated people delayed the process of reviving the education system after the war. Access to education remains limited. Despite the fact that many schools and training Centre’s have been established, teachers and instructors have been trained, curricula developed and textbooks provided, the current demand for education far outstrips its availability.

Factors that contribute to academic challenges in Somalia

Security threats: Somalia has been unstable for more than 3 decades and it affects the movement of the students from place to another and day to day school activities. Closed roads, explosions and violence are common factors that hinder the free movement of students and these causes families to send children to nearby schools regardless of the quality and most of the parents applied safety first. Incompetent teachers: without qualified teachers, goals of high standard education cannot be achieved. A teacher occupies a central position in the pupils’ success.

This is partially due to low salary given to teachers which caused more qualified ones to opt for other occupation and the incompetent ones take advantage of the vacancy. Immigration: Throughout the years’ Somali families have moved from one district to another, from one town to another and this caused children to change schools frequently which comes along with new teachers, atmosphere and colleagues.  This can lead to education disinterest of the pupils. Dysfunctional system: Over 20 years the education program, exam and certificates were authorized by private sectors and lacked quality assurance, accountability and reliability. Currently, the central government tried to take back the full control of the system but it still looks shambolic despite the efforts done in the past 5 years.

Lack of parental guide: Majority of Somali parents are not educated and thus they don’t have direct control of their children’s school duties, another factor is that the parents have failed to regulate children’s activities outside school, social media being the biggest factor that diverts pupils from studies. Language barrier: Majority of Somali students are not good at English and this hinders them from acquiring knowledge written in English textbooks. Greater number of schools with less or no quality: Almost every district in Somalia has several schools but only a few of them are capable to offer trustable and quality education, while the rest are phantom schools owned by businessmen and their main target, is to make more money.

Students are half baked: We all know that any curriculum should have both practical and theory but the case of Somali is different, there is no practical part in Somalia education system which makes the students, have baked which causes inadequate learning on particular subjects. Umbrella chaos: With the existence of several educational umbrellas operating in the country over the past two decades without a unified national syllabus to guide primary and secondary school instruction indicates the magnitude of education perplexity in Somalia. However, the umbrellas have recently agreed to set a blueprint for a unified syllabus as a measure of standardizing the education system at the primary and secondary grades. Academic dishonesty: Bribing teachers or other education officials to get promoted, falsifying of academic documents such as certificates, nepotism in scholarships are all common examples of academic dishonesty in Somalia. Financial burden:

The government should control schools, universities or any other educational institute to avoid large number of students attending unqualified schools and wasting time and money on the hands of academic shenanigans. Every school should have parents – Teachers association (PTA) then both parents and teachers have direct communication channel and will be easier to control of the pupils both at home or at schools. The ministry of education should implement sophisticated teacher training programs.  This will provide teachers with knowledge, attitudes, behaviors, and skills they require to perform their tasks effectively in the classroom, school, and wider community. Age restrictions should be mandatory to certain places. To avoid pupils diverting from school, it’s must that we have certain age restrictions in some places such as hotels and other luxurious places. Example can be ‘’ No high school student should be seen in Liido from 8pm ‘’. Tightening security: Security is very important to propagate the advancement of the education sector. Ensuring tight security is both the function of the government and that of the tertiary institutions.

This will make the students have confidence in their studies. Through security, the academic facilities will be protected. Adequate government funding. The fund can be used in the installation of many equipment’s that students need to cement their studies. With the installation, practical will be carried out more, rather than theories. When the learning environment is well funded, students will be in a good atmosphere for their studies. Adequate governmental funding will enhance the building of more lecture halls and classrooms for students. In conclusion, Teachers’ incentive is very important, Somali Teachers are not well paid, they feel less appreciated, more stressed, less supported and unmotivated to do the job. It is important to rethink about the teacher’s salary since the high pay rate attracts the most qualified teachers.