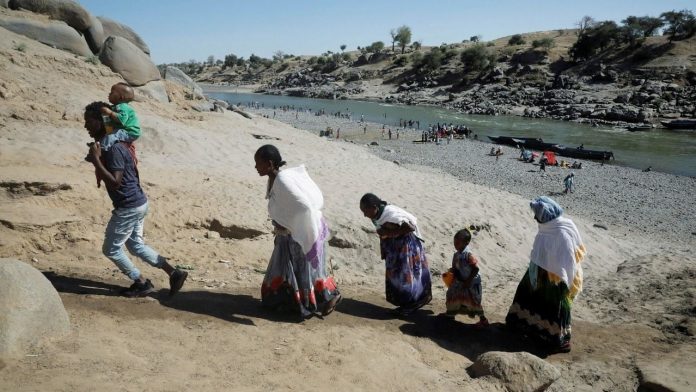 Ethiopia has given the United Nations full access to supply aid to the northern region of Tigray, after weeks of lobbying among military operations there, according to an agreement seen by AFP on Wednesday.

The agreement, signed by the Ethiopian Minister of Peace, enables “unlimited, sustainable and secure access for humanitarian personnel and services to vulnerable populations in [government-] administered areas in Tigray and the border areas of the Amhara and Afar regions “.

The government blocked telephone and Internet connections and restricted access to Tigray, making it difficult to assess conditions in the region.

The UN has been warning for weeks of a possible humanitarian catastrophe.

Some 600,000 people living in Tigray were dependent on food distribution before the fighting began, including 96,000 Eritrean refugees.

Food, fuel and cash are in short supply, according to the United Nations Office for the Coordination of Humanitarian Affairs (OCHA), while the International Committee of the Red Cross (ICRC) says basic medical equipment is lacking.

A senior UN official told AFP on Wednesday that the aid agreement would enable the UN and humanitarian partners to administer aid “wherever people are in need”.

Officials said needs assessments would begin “as soon as we get approval from our security staff”.

However, the TPLF leadership has promised to fight and says that the battle continues in several places.

Tigray’s chief Debretsion Gebremichael said on Tuesday that fighting continued in at least three places, two of which were “around Mekele” and another near the town of Wukro, 50 kilometers north.

The communication suspension has made it impossible to verify statements from both sides about how the fighting is going.

Abiy intends to set up a caretaker administration in Tigray under the leadership of Mulu Nega, a former senior official at Ethiopia’s higher education ministry.

On Wednesday, Mulu announced that administrators had been installed in the town of Shire, located about 250 kilometers northwest of Mekele, according to a report by the state-affiliated Fana Broadcasting Corporate.

However, analysts warn that the Mulu administration may face opposition from the Tigrayan population.

Since then, TPLF leaders have complained about being removed from top positions, targeting persecution of corruption and largely a scapegoat for the country’s misery.

Tensions escalated dramatically after Tigray continued with regional elections in September and defied a nationwide ban on voting due to the coronavirus pandemic.

Federal officials declared the Tigray election “illegal”, while the TPLF fired Abiy, an illegal ruler who no longer had the power to make decisions affecting the region.