Ethiopian refugees flee to Sudan, where doctors have set up a makeshift clinic 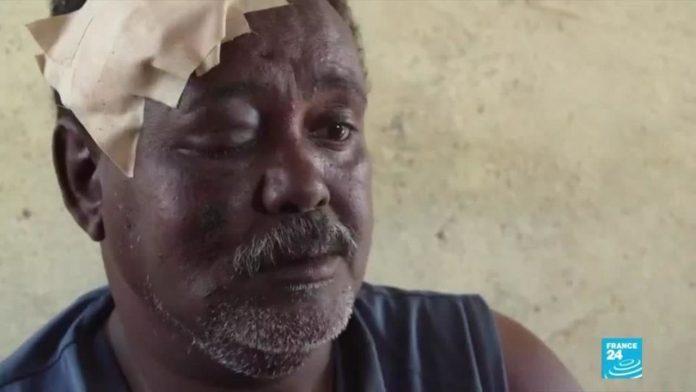 In recent days alone, thousands of Ethiopians have fled to neighboring Sudan to seek refuge in the midst of a brutal blast between government forces and militias from the rebel-held Tigray region in the north. Among the refugees are three doctors who have set up a makeshift clinic in the Hashaba camp to treat their wounded compatriots. Jowharreports.

Doctor Daryelowm Guesh was doing the rounds at a hospital in Humera, in northwestern Tigray, when the city suddenly came under violent artillery attack. “Many wounded people came and people … screamed everywhere,” he recalls.

After his narrow brush with death, Guesh sought refuge in the Hashaba immigrant camp in Sudan, where he and two other doctors now tend to dozens of wounded compatriots every day – many of whom tell chilly stories of dead bodies stretching across the Sudanese border.

“I fled into the woods with many other people. There were bombings and the army fired. I came across a militia, and they attacked me by throwing grenades, says a young man who receives treatment for his hand, torn by one of these grenades.

Another patient, an elderly, wheelchair-bound man, is being treated for a head injury after being attacked by a group of men on the street.

“They were civilians, young people, but I do not know who they were. Some had stones, others sticks, axes and machetes, he says.

Since Saturday, about 25,000 Ethiopians have crossed Sudan from the dormant north, according to the Sudanese news agency Suna.

Tigray’s heavily armed regional government broke away from Ethiopia’s ruling coalition last year and opposes postponing national elections until next year. Despite this step, a regional election was held in September.

Each side considers the other illegal, and the federal government says members of the Tigray region’s ruling “clique” must be arrested and their arsenal destroyed.

Click on the player above to see the full report.