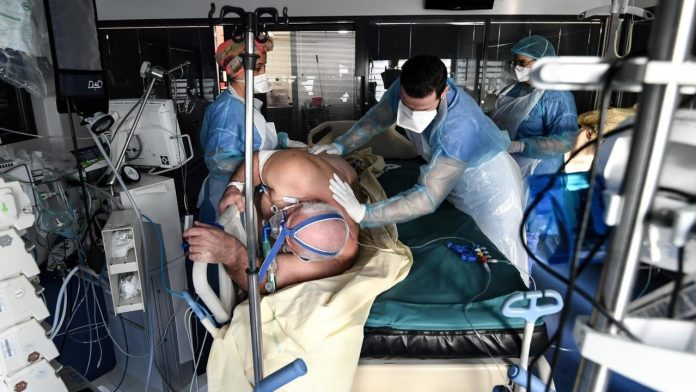 The daily number of new COVID-19 cases in France averaged over 20,000 on the fourth straight day on Tuesday while hospital stays continued to grow to reach an eight-week high of 27,041, raising fears of a third national shutdown.

President Emmanuel Macron still hopes that a curfew imposed 11 days ago will be enough to curb the rise of new infections caused by the emergence of more contagious coronavirus variants.

Despite calls from some doctors and doctors for a new suspension, Prime Minister Agnes Pannier-Runacher said earlier that there was no need to decide on such a measure at this stage.

Macron will chair the weekly government meeting on Wednesday and a COVID-19 intergovernmental conference is scheduled for Thursday.

Health authorities reported 22,086 new coronavirus infections in the previous 24 hours on Tuesday, a sharp increase from Monday’s 4,240, giving a seven-day moving average, which averages average daily reports of irregularities, of 20,230.

The government needs that number to go below 5,000 to consider the pandemic completely controlled.

The number of people treated in intensive care units for COVID-19 also increased, to 3,081, and stayed above the most important threshold of 3,000 for the second day of driving. A fall below 3,000 led the government to relax the second lock on 15 December.

France’s cumulative number of infections now stands at 3,079,943, the sixth highest in the world.

After the French Pasteur Institute said on Monday that it had decided to stop one of its potential COVID-19 vaccine projects, the French pharmaceutical giant Sanofi said it would strive to deliver more than 100 million doses of Pfizer’s COVID-19 vaccine from July.