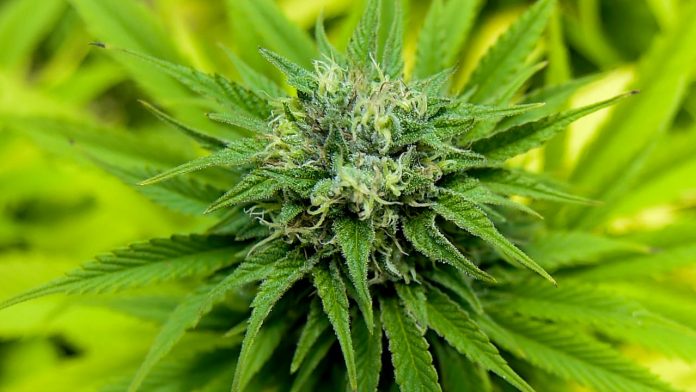 France is Europe’s largest cannabis consumer despite having some of the continent’s toughest laws against the drug. In response to the fact that the law does not act as a deterrent, a group of MEPs from across the political spectrum has launched an initiative to move the terms of the debate on this issue.

The first step in these MEPs ‘attempts to encourage the French political class to be more open to the idea of ​​legalizing cannabis was a citizens’ consultation that began on 13 January. More than 175,000 people responded to the Assemblée Nationale’s website – compared to an average of 30,000 responses to such consultations.

This consultation, which is open until 28 February, has two objectives: to better understand the views of the French public on cannabis and to understand what government policy for the drug people want.

It asks a dozen questions including: “Do you think the current cannabis policy is effective in the fight against drug trafficking?” and “Do you think the risks of cannabis are the same as, more serious or less serious than those associated with alcohol consumption?”

“We use this questionnaire so that we have access to more information about what people think than we usually get from opinion polls,” said Caroline Janvier, a Member of Parliament for President Emmanuel Macron’s centrist party La République En Marche (LREM) and a member of Parliament’s committee. for cannabis.

“Perhaps it will confirm our conviction that France’s political class is less sympathetic to the use of recreational cannabis than the general public,” she said.

Successive French governments have shown strong opposition to decriminalization. When the Prime Minister’s Office for Economic Counseling published a report in 2019 on the “failure of the ban”, which proposed the legalization of cannabis, the government reacted strongly. “I am against legalizing cannabis,” said then-Health Minister Agnès Buzyn. “I am currently campaigning hard against smoking, so I will not decriminalize marijuana, which has the same effects as cigarettes.”

“Drugs are crap,” Interior Minister Gérald Darmanin said when questioned on the subject in September 2020. “We will not legalize this crap.”

France has the highest proportion of cannabis use in Europe. In 2016, 41 percent of French people aged 15 to 64 had consumed it at least once – compared to the European average of 18.9 percent.

“Cannabis use is so widespread in society; we have to respond to that at the political level, says Robin Reda, a Member of Parliament for the right-wing Les Républicains party and chair of Parliament’s committee on cannabis. “No one should be happy with our current policy when this repressive attitude clearly does not work.”

“Our primary goal is to change the terms of the debate,” Janvier said. “Many politicians do not think much about it, but France spends 568 million euros a year on the fight against cannabis trade.”

Pro-cannabis voices often say that the drug is useful in healthcare. More than 30 countries have approved its therapeutic use. While still a member of parliament, Health Minister Olivier Véran tabled an amendment to allow France to experiment with medical marijuana.

But the government slowed down the implementation process as much as possible; it did not give the green light to politics until October 2020.

“There is a big gap between what MPs have been willing to do and what the government has been willing to do,” Reda said. “The amendment to experiment with therapeutic use is expected to enter into force, but I am convinced that the government will do everything possible to get its feet wet and ensure that as few people as possible are allowed to use marijuana on this experimental basis.”

The affected medical patients are not the only ones who are disappointed: it is also the French cannabis producers who have invested in being able to make money on what the legislation allows. It allows the cultivation of the cannabis plant provided it does not contain more than 0.2 percent THC, the psychoactive ingredient in marijuana. On the other hand, it is forbidden to include cannabis flowers, which contain CBD, which have a relaxing but not narcotic effect.

“In our report on therapeutic cannabis, we recommend creating a French production line,” said Reda. “This would enable France to avoid all dependence on foreign producers, to better certify the quality of its products and to provide farmers with an additional source of income.”

The public consultation on cannabis will examine health risks, the consequences of illegal trade and security issues. “We want to put different options on the table; maybe not all of us agree with the answers that come up, but in any case, many of us think that the status quo is unacceptable, says Reda.

The results of the consultation will be published in a report in April.

Macron has ruled out legalizing cannabis while in office. But the work that MPs are doing is intended to “influence” the 2022 presidential campaign, Janvier said: “I hope it will change the kind of cannabis policy that politicians feel they can support.”

This article has been adapted from the original in French.