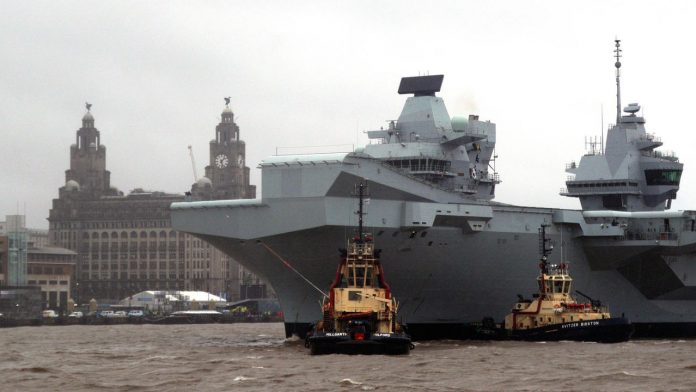 France on Saturday withdrew from Britain’s plans to deploy naval vessels to protect its fishing rights in the wake of a possible Brexit without an agreement.

“Keep calm and move on,” said an Elysee official, referring to a British wartime slogan in response to London’s decision to assign four Royal Navy patrol vessels if the Brexit transition period ends without a trade agreement.

There are concerns about possible triplets between British and foreign fishing vessels if no trade agreement is reached, with existing transitional rules giving EU boats access to British waters that will expire at the end of the year.

– Michel Rose (@MichelReuters) 12 December 2020 The UK announced earlier that it had prepared for four 80-meter (260-foot) vessels to protect British waters from EU trawlers should the two sides decide to abandon efforts to secure a free trade agreement on Sunday.

The development is part of the increased contingency planning on both sides of the canal and evokes memories of the “cod war” with Iceland over fishing rights in the North Atlantic in the 1960s and 70s.

The British naval vessels will have the power to stop and inspect EU fishing boats operating within the UK’s Exclusive Economic Zone (EEZ), which can extend 320 km from the shore.

The Guardian newspaper previously reported that two vessels would be placed at sea with two more on standby if EU fishing boats were to enter the EEZ.

‘Nobody will win’: French fishermen fear consequences of Brexit without agreement

A French fishing vessel in the North Sea. © Reuters / France 24 “We are just facing the prospect of … our overstretched royal fleet squaring off against a close NATO ally over fishing vessel rights,” he told BBC radio. “Our opponents must really enjoy this.”

A French minister said on Thursday that France would compensate its fishermen and take other measures to help them if talks on a trade agreement collapsed, in an attempt to avoid collisions at sea.

Britain left the EU in January, but according to the terms of its exit agreement, it is still part of the bloc’s internal market and customs union until a transitional period expires on 31 December.