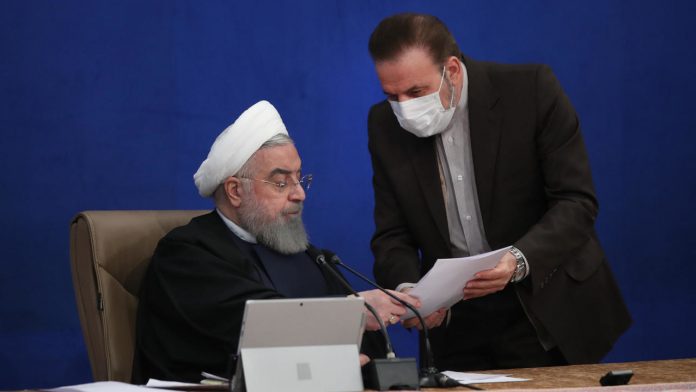 Iran’s foreign ministry on Saturday rejected any new negotiations or amendments to participants in Tehran’s nuclear deal with world powers, after French President Emmanuel Macron said all new talks should include Saudi Arabia.

“The Nuclear Power Agreement is a multilateral international agreement ratified by UN Security Council Resolution 2231, which is non-negotiable and parties to it are clear and unchanging,” Iranian Foreign Ministry spokesman Saeed Khatibzadeh was quoted as saying by state media.

Iran began breaking the agreement’s boundaries for uranium enrichment activity after Washington withdrew from the pact in 2018 under then-President Donald Trump and reintroduced economic sanctions against Tehran.

President Joe Biden’s new government has said it will rejoin the agreement, but only after Tehran resumes full compliance with the terms.

Saudi Arabia and its allied United Arab Emirates have said that the Arab Gulf states should be involved this time in all talks, which they say should also address Iran’s ballistic missile program and its support for agents around the Middle East.

In his comments on Friday, quoted by Al Arabiya TV, Macron stressed the need to avoid what he called the mistake of excluding other countries in the region when the 2015 deal was negotiated.

Saudi Arabia, which is locked in several proxy wars in the region with Tehran including in Yemen, supported Trump’s “maximum pressure” campaign against Iran.

Macron said all new talks on the nuclear deal with Iran would be very “strict” and that there was very little time left to prevent Tehran from having a nuclear weapon. Khatibzadeh said Macron should “show self-control”.

“If French officials are worried about their huge arms sales to the Persian Gulf states, they will reconsider their policies,” Khatibzadeh said. “French weapons, along with other Western weapons, are not only causing the massacre of thousands of Yemenis, but are also the main cause of regional instability.”