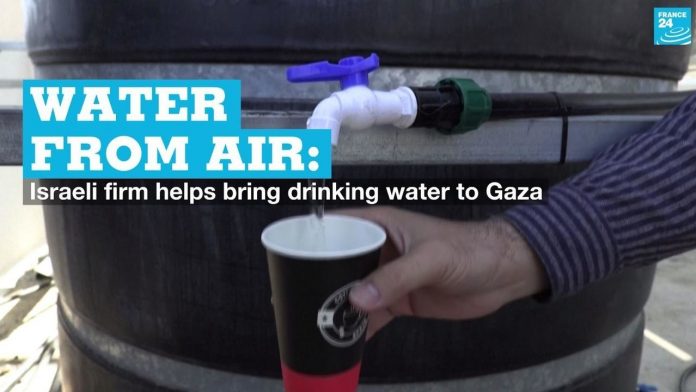 A machine developed by an Israeli company that can turn air into water with only the power of the sun helps to bring much-needed drinking water to the Gaza Strip, where lack of precipitation and poor infrastructure lead to a worsening water crisis.

After absorbing moisture, the machine condenses it in water and filters it immediately to make it safe to drink. It is also powered by solar panels, an asset in Gaza where the electricity supply is often unreliable.

Gaza’s own groundwater supply has deteriorated due to saltwater intrusion and pollution, and the most accessible water is dangerous to drink – meaning many are dependent on imported bottled water.

Gaza has been blocked by Israel since 2007 amid frequent clashes between Israel and Gaza’s ruler, Hamas.

But Watergen’s Russian-Israeli owner, Michael Mirilashvili, says the company’s goal is to help those who need to drink water no matter where.

“Our goal [is] “Everyone on earth could be provided with this potable water,” he told AFP. But of course, when this situation happens near you, you feel it and it is more visible. It was immediately clear that we must first help our neighbors and then spread it around the world. “