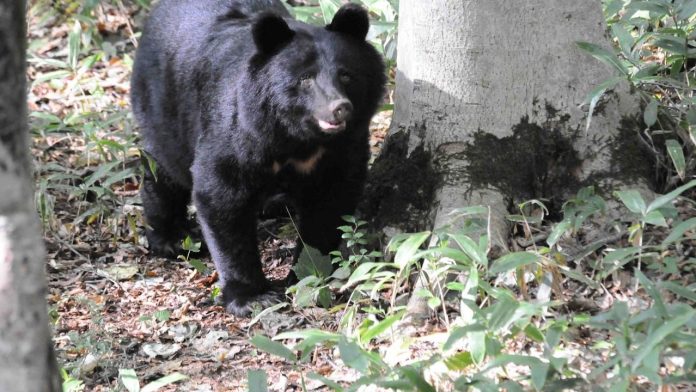 At least two people have been killed and more than 140 injured in Japan in the past six months, as the number of sightings of bears in populated areas has reached a five-year high and the country is facing its worst year ever for attacks. Experts warn that with increasing rural depopulation, bear attacks may still become more common.

Shots were fired on October 19 at a large shopping mall in Kaga, a city of 65,000 people by the Sea of ​​Japan. Shortly afterwards, the body of a large adult bear was taken out of the building, 13 hours after it wandered into the complex and caused panic among the locals.

According to the Japanese Ministry of the Environment, more than 140 people have been injured since April, as the country’s number of bear sightings reached a five-year high.

The sharp increase this year is partly due to a lack of acorns, the most important food for bears, and reduced human activity due to the coronavirus pandemic. But experts point to a major problem with rural depopulation and uncultivated forest land.

“Until the 1970s, there were clear boundaries between rural towns and forests. People managed forests on the outskirts of their villages and animals adhered to their natural habitat. But in recent decades, as hunters of ages and younger generations left the countryside to work in cities, these boundaries became blurred, Kazuhiko Maita, director of the Institute for Asian Black Bear Research and Conservation, told FRANCE 24.

With villages in rural areas inhabited by fewer and aging inhabitants, crops and fruit are left unharvested and wild animals are drawn to them.

New generations of bears that grew up near populated areas are less afraid of encounters with humans, he also said.

Bears have become so common in recent years that the Japanese government has issued guidelines for school children on what to do if they encounter one on the way home. In August, a teenager was hit by his bicycle by a young cub.

Thousands are killed every year

Japan is home to two species of bear – Higuma, found only on the northern island of Hokkaido, and Tsukinowaguma, found in the rest of the country. The latter, also known as the Asian black bear, is listed as vulnerable by the International Union for Conservation of Nature (IUCN) mainly due to deforestation and hunting for use in traditional medicine.

Japan’s human population is shrinking and its forests are expanding, and the number of bears is growing over large parts of the country.

Despite being protected by nature conservation laws, thousands of bears are killed every year as part of local authorities’ efforts to control pests. The Ministry of the Environment’s figures show that approximately 5,500 bears have been killed so far this year and are approaching a record set in 2019.

Most are shot after migrating into human areas, but some are killed as part of population management – although their exact number is not known.

While some local authorities set annual elimination quotas to deal with bear populations, the island of Hokkaido takes a different approach.

The region abandoned controlled killing in the late 1980s following a decline in the population of Higuma, worshiped by the indigenous Ainu people as their main god.

But recently, Hokkaido also has to deal with more and more bear attacks in urban areas.

“Bear sightings have been rare in our city, with only about one reported every five years. This year has been abnormal … we have already had ten reports ”, says Ai Sasaki, a municipal official in the city of Takikawa, 90 kilometers from the regional capital Sapporo.

Disturbed, the city installed newly developed “robot wolves”, designed to scare away animals with flashing LED lights and shaking sounds, to send them back to nature. Since it was installed in September, it has not received any reports of bear sight.

“It is a sensitive act of balance,” said Hiroki Kondo, another city official. “We want to protect wildlife as much as we can, but protecting human lives comes first. Our goal is to find the best way for bears and humans to live peacefully. ”

Researchers say it is time for the government to take more comprehensive measures.

Shinsuke Koike, an associate professor of ecology at Tokyo University of Agriculture and Technology, says a coordinated approach is needed, such as large-scale zoning – setting clear boundaries or buffers to separate humans and wildlife – and managing agricultural land abandonment.

“The problem cannot be solved by animal husbandry alone. It must be treated in a much broader context, as part of national agricultural and land planning, ” he said.