Outpouring of shock, anger over brutal attack on 15-year-old in Paris – 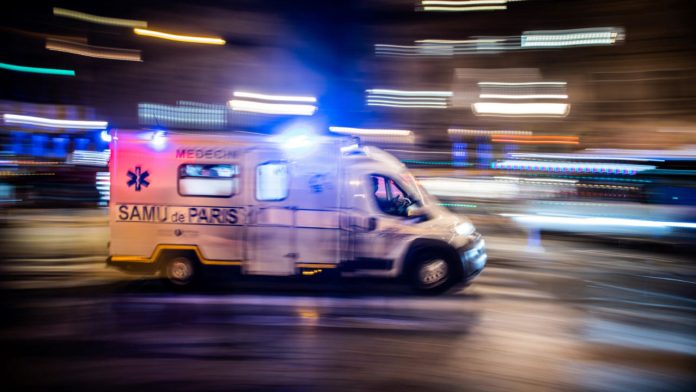 A 15-year-old boy was beaten and left in a coma in an exclusive area of ​​Paris on January 15, leading to a wave of outrage across France and abroad, with celebrities including footballer Antoine Griezmann and actor Omar Sy expressing their disgust at the attack. and concern for the victim.

A video shared on social media shows the boy, identified only as Yuriy, being attacked by a crowd of hooded men, who hit him several times with a bat and then kicked him while lying on the ground, in the Javel area of ​​Paris 15 1st arrondissement (district), a middle-class residential area along the river Seine.

Yuriy was part of a group of friends who went home from school, his mother, Nataliya Kruchenyk, told the news channel BFMTV. The others managed to run away, she said, but Yuriy fell over as he tried to escape and was left isolated when the crowd attacked him and left him for dead.

The police have initiated an investigation into attempted murder.

“They were going to put him in a fire truck to take him to the hospital when I arrived,” Kruchenyk told BFMTV. “He was in a terrible state. They had cut off his skull, they broke his arm, a finger, his shoulder and his ribs. ”

Once he has recovered, “we do not know if he will be the same as he was before,” Kruchenyk continued. She urged witnesses to come forward so that “no more children need to go through what he suffered”.

“He has started waking up a little in hospital, but he is very upset,” Kruchenyk told Le Figaro daily. “The doctors say it’s normal. He is still intubated and has still not been able to speak. ”

“The doctors are now relatively optimistic,” she continued. “God helps us after all.”

Famous French people took to social media to express their outrage over the attack and best wishes for Yuriy.

“Unbearable images,” Griezmann wrote on Twitter on Saturday. “Be strong, Yuriy, and get better.”

“I wish you a strong recovery, Yuriy, and I think of you and yours,” tweeted Omar Sy, the star of the Netflix crime drama Lupine.

“All my support for Yuriy and his family,” tweeted French basketball star Rudy Gobert. “Hitting someone over and over again and when they are on the ground only shows the aggressors’ cowardice.”

In Spain, former Real Madrid goalkeeper Iker Casillas tweeted: “What kind of shit world is this?”

Rising concerns about crime in Paris

It was an “incredibly wild attack”, Interior Minister Gérald Darmanin wrote on Twitter. The inquiry must bring “the perpetrators of this dirty act” to justice, he continued, expressing “support for the young boy and his family”.

Extremely shocked by the recent aggression of the young Yuriy. Those in charge must be found and judged. All my support to him and his family. pic.twitter.com/ms09Ix0CKs

“Extremely shocked by the vague attack on Yuriy,” tweeted Socialist Paris Mayor Anne Hidalgo. “Those responsible must be found and brought to justice. All my support to him and his family. ”

Paris has seen growing concern about crime in recent years. Figures from 2019 – before locking Covid-19 restricted people in their homes for much of 2020 – showed a 46 percent increase in battery and assault over the past six years.

Rachida Dati, mayor of the neighboring 7th arrondissement with right-wing Les Républicains (LR), was re-elected in last year’s mayoral election, in part by focusing on re-emergence in the capital.

Dati expressed support for Yuriy and his family, tweeting that “this violence comes from a sense of impunity” and that this is “the left’s record in the Paris mayor’s office”, where socialists have ruled since 2001.