Sanofi, GSK says that the Covid-19 vaccine will not be ready until late 2021 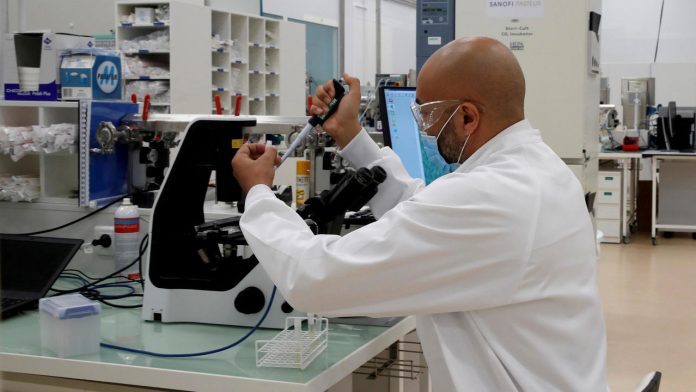 Pharmaceutical manufacturers Sanofi and GlaxoSmithKline said on Friday that their potential COVID-19 vaccine will not be ready until late next year as they need to improve the effectiveness of the shot in the elderly.

The companies said that early trials showed that the vaccine produced an “insufficient” immune response in people over the age of 60 because it did not contain enough of the material that triggered the production of disease-fighting antibodies. They said they plan to reformulate the vaccine and do more testing, which is likely to delay approval until the fourth quarter of 2021 from mid-year.

“The results of the study are not what we hoped for,” said Roger Connor, president of London-based GSK Vaccines, in a statement.

The delay is a setback for plans to vaccinate a large number of people around the world in the midst of a pandemic that has already claimed more than 1.5 million lives. GSK and Sanofi plan to produce up to 1 billion doses of their COVID-19 vaccine annually, and have signed agreements to supply millions of doses to the United States, the European Union, Canada and developing countries.

The difficulties underscore the challenges that researchers face when competing to develop COVID-19 vaccines, which condenses a process that usually takes years to a few months. Researchers in Australia said on Friday that they abandoned their own vaccine candidate because it gave false positive results for HIV testing.

>> How can we apply lessons from the second wave of Spanish flu on Covid-19?

Public health experts say more vaccines will be needed to stop the pandemic because of the challenges of rapidly producing and distributing enough doses to vaccinate billions of people.

Dr Penny Ward, visiting professor of pharmaceutical medicine at King’s College London, said the adversity is even more important as Sanofi is a leading producer of influenza vaccines and has a large manufacturing capacity.

The delay “will affect their ability to (make) the millions of doses that have been pre-ordered because they have to sort out this dose-response effect issue,” she said. “Very unfortunate, I would say.”

A vaccine produced by the American pharmaceutical manufacturer Pfizer and the German partner BioNTech has been approved for widespread use in the UK and a handful of other countries. A US government panel on Thursday approved the use of the Pfizer vaccine, which put the country one step away from launching its own mass vaccination program.

Sanofi and GSK confirmed that volunteers in their study received less of the vaccine than expected due to erroneous readings produced by two of the commercial compounds used to test the amount of active ingredient in each dose. The lower dose was enough to produce a good immune response in younger people, but the response was much weaker in those over 60, they said.

The manufacturing problem was first reported by Stat, a website that focuses on health and medical news.

Sanofi and GSK said that their research so far makes them confident that the vaccine will ultimately succeed.

In adults 18 to 49, the vaccine produced an immune response comparable to patients who had recovered from COVID-19, the companies said, citing results from early studies.

In addition, Sanofi and GSK have now tested a reformulated version of the vaccine on non-human primates. These tests showed that the vaccine protected against lung damage and reduced the amount of virus in the nose and lungs in two to four days.

The companies plan to start a new early study of the vaccine in February. This study will compare the immune response of volunteers who receive the Sanofi-GSK vaccine with the response of others who receive an already approved vaccine. If these results are positive, they plan to start a large-scale study to prove the vaccine’s safety and efficacy during the second quarter.

“We have identified the way forward and remain confident and committed to delivering a safe and effective COVID-19 vaccine,” said Thomas Triomphe, Head of Sanofi’s vaccine unit.

“No drug company can do it alone,” he added. “The world needs more than one vaccine to fight the pandemic.”

>> How long will social distancing be?

Meanwhile, researchers at the University of Queensland and the Australian biopharmaceutical company CSL said on Friday that they would not go ahead with their own vaccine candidate because a protein in the shot triggered false positive results for HIV. Follow-up tests confirmed that no HIV was present, the researchers said.

The vaccine had been shown to be safe and gave a “robust response” to COVID-19 during phase 1 trials, researchers say in a statement. Although it would have been possible to rework the vaccine to avoid the problem of false positive effects, this would have taken too much time in the middle of the pandemic, they said.

“Doing this would delay development by another twelve months, and although this is a tough decision to make, the urgent need for a vaccine must be everyone’s priority,” said Professor Paul Young, project manager.