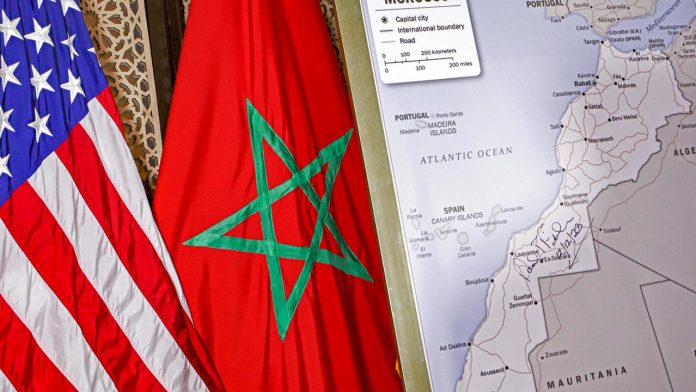 The highest-ranking US diplomat for North Africa and the Middle East traveled to the city of Laayoune on Saturday, which Morocco considers the capital of Western Sahara and laid the foundation for the United States to establish a consulate in the disputed territory.

The US embassy in the Moroccan capital Rabat called the visit of Deputy Foreign Minister David Schenker “historic”.

The United States agreed to recognize Morocco’s claim to Western Sahara as part of an agreement reached by Washington to normalize relations between Morocco and Israel. US President Donald Trump announced the deal last month.

Schenker visited the Laayoune neighborhood, which houses foreign consulates, and met the region’s top Moroccan official, or Wali, Abdesslam Bikrat. The US diplomat is scheduled for Sunday in Dakhla, a coastal town with a fishing port where the official US presence in Western Sahara is likely to be established over time.

Schenker’s visit comes less than two weeks before the inauguration of President-elect Joe Biden on January 20, when Trump will officially leave office.

US Secretary of State Mike Pompeo said in a statement on Christmas Eve that Washington plans to initially establish a virtual presence in Western Sahara to be managed from the US Embassy in Morocco, with a focus on promoting economic and social development.

A “fully functioning consulate” will follow, the statement says. It did not specify whether the diplomatic post would be in Laayoune or Dakhla.

Washington’s decision to recognize Morocco’s claim to Western Sahara, which the North African empire annexed from Spain in 1975, was a major political shift. The move saved the Polisario Front, an organization that has spent decades pushing for its independence, including during an all-out war with Morocco.

The decision also saved Morocco’s neighbor Algeria, where the Polisario front is based.

On Saturday, Schenker also visited the headquarters of the UN peacekeeping mission in Western Sahara, known as Minurso.

He was in Algeria a day earlier and reiterated that Morocco’s plan for Western Sahara’s autonomy should be the framework for negotiations, the TSA-Algeria’s online website reported.

Algerian Foreign Minister Sabri Boukadoum told him that Algeria was seeking “impartiality” from the United States in the matter, the official APS news agency quoted a statement from the ministry.