Suicide bombings in Baghdad highlight the IS group’s enduring threat – 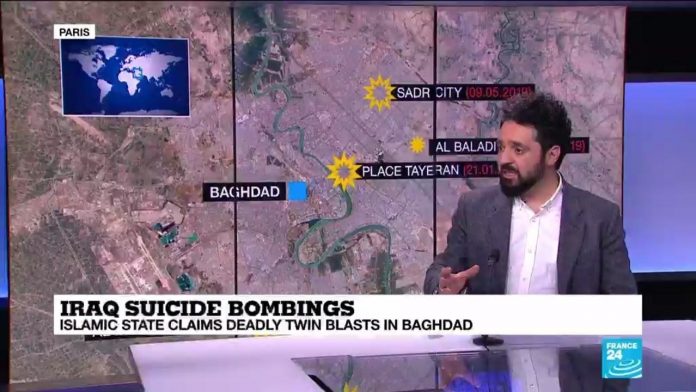 The Islamic State (IS) group has claimed responsibility for Thursday’s twin attacks on a packed Baghdad market, killing at least 32 people in the Iraqi capital’s first major suicide bombing in three years.

The bomber struck shortly after noon in front of a rally on Friday, removing hundreds of protesters by truck. “The group said in a statement on an IS group’s website late on Thursday that it was a modus operandi of its main jihadist rival, al Qaeda.

The IS group has rarely been able to penetrate the Iraqi capital since the defeat of its self-proclaimed caliphate in 2017, but attacks have continued elsewhere in the country and in neighboring Syria.

The US-led coalition that helped crush the caliphate has recently ceased combat activities and is gradually reducing its troop presence in Iraq, raising concerns about the resurgence of the jihadist terrorist group.

Click on the player above for analysis from FRANCE’s terrorism expert Wassim Nasr.