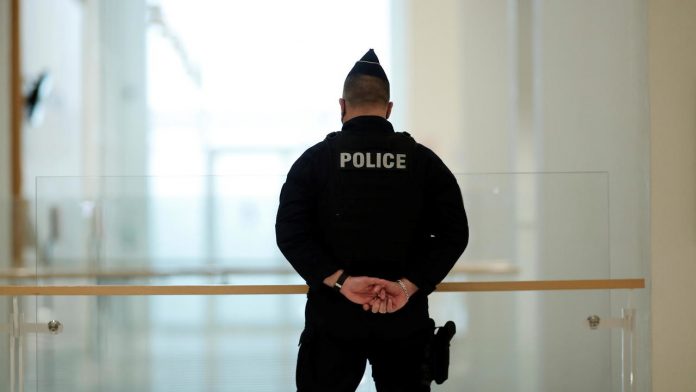 In the midst of a wave of anger and street protests in France over police violence, Interior Minister Gérald Darmanin presented proposals for police reform to a national assembly committee on Monday night.

President Emmanuel Macron’s ruling party previously agreed to completely rewrite a draft plan that would have restricted the right to film police in action, after major protests over the weekend attracted 133,000 people across the country and 46,000 in Paris alone, according to official bill or many more according to union estimates.

The meetings followed the release of videos of the brutal beating of a black man by three police officers earlier this month, an incident that Macron described as “shameful” for France. Four officers were charged with assault on Monday.

A provision in the bill known as Article 24, a key plan in Macron’s plans to raise right-wing voters by being tougher on law and order before his likely ombudsman in 2022, had provoked outrage in the media and on the left flank of his own party.

Article 24 did not completely prohibit the sharing of images of the police, but made it a crime – punishable by one year in prison and a fine of EUR 45,000 – to share them with an “obvious intention to harm”. A new version of Article 24 will be presented at a later date, officials said.

The stated purpose of the broader “public security” bill is to provide better protection for French police, which unions said were heavily burdened after months of violent “yellow vests” protests.

On Monday night, Interior Minister Darmanin was heard for more than two hours before the National Assembly’s Legislative Commission. The tough-talking former conservative realized that “perhaps” there are “structural problems” within the police force and listed what he called the institution’s “seven deadly sins”. Among them, Darmanin identified issues related to equipment, monitoring and internal supervision.

Darmanin’s proposals are intended to respond to Macron’s request on Friday to “quickly” propose ways to “reaffirm the bonds of trust that should naturally exist between the French and those who protect them and to combat all discrimination more effectively”.

Macron had made the same request from Darmanin’s predecessor, Christophe Castaner, who presented a plan for the purpose in June. But in the midst of the resulting scream from law enforcement, Castaner was shaken out of government in a cabinet reshuffle a month later.

The first “deadly sin” listed by Darmanin concerned basic police training, which he said should be extended. To meet recruitment needs after a series of deadly terrorist attacks in 2015, the training period in police academies was reduced from 12 months to eight. Darmanin also stressed the importance of training during an officer’s career. “We owe ‘cops’ more hours of training,” he said.

Darmanin’s second point, or “sin,” was about surveillance personnel. “One of the difficulties is that there are not enough leaders, masters on the streets,” Darmanin said. “We need to rebuild an intermediate group of supervisors on the ground … Being on the ground is the most noble duty,” he said.

Darmanin also said that the police need more funds. His ministry received € 1 billion ($ 1.2 billion) in the current coronavirus-era stimulus plan, which enabled upgrades such as renovating police stations and replacing the police vehicle fleet. Darmanin believes that more is needed, which suggests, for example, the general use of portable cameras for the police in patrolling.

In addition, the minister spoke of a possible reform of the IGPN, the disciplinary body of the French police or the “police police”, which he noted is accused of both conducting inspections and conducting investigations.

Finally, Darmanin said he “really does not share” the notion of “a divorce between the police and the people”. He suggested that police reserves be increased to 30,000, which is the same number of reserves that the country’s force of gendarmes holds.

After submitting a White Paper on Internal Security in mid-November, Darmanin had said that discussions would continue in the first half of 2021 with the aim of drafting legislation for 2022. The official report, which required a full year of work to prepare, consists of about 200 proposals regarding police recruitment, training and career paths, as well as an updated territorial distribution of personnel between police, gendarmes and facilities shared between the forces.

Several of the White Paper proposals have already been applied or are already planned in the Public Security Bill.