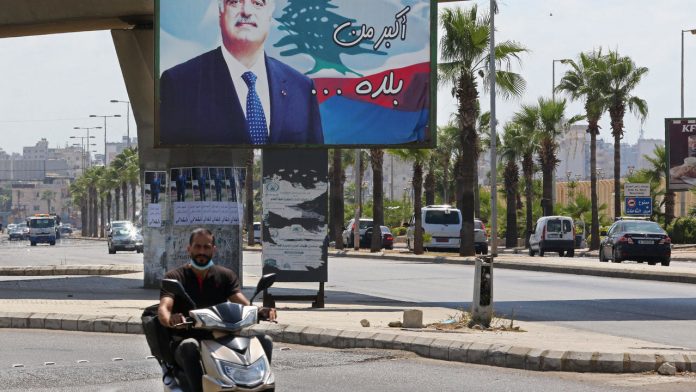 A UN-backed court has sentenced a member of Hezbollah’s militant group to life in prison on Friday for its involvement in the 2005 assassination of former Lebanese Prime Minister Rafik Hariri.

The accused, Salim Ayyash, has never been arrested and was not present at the special court in Lebanon for Friday’s sentencing.

“Mr. Ayyash was involved in a terrorist act that caused massacres. His role … was crucial to the success of the attack,” said Judge David Re.

“The trial chamber is convinced that it will impose the maximum sentence for each of the five offenses with life imprisonment, which will be served simultaneously,” Re added.

The court has issued an international arrest warrant for Ayyash for the “extremely serious” crimes.

The tribunal convicted Ayyash in August of being a co-perpetrator in five charges linked to the suicide bombing on Beirut’s beach on February 14, 2005. The huge explosion killed Hariri and 21 others and injured 226.

The convictions in August were condemned by Hezbollah chief Hassan Nasrallah, who said they confirmed the group’s position that the Hariri assassination was “neither transparent nor scientific ‘.

The Hezbollah chief’s statements refusing to give up Ayyash led Australian judge Re to “conclude” that he was protected from justice, he said.

The assassination that plunged Lebanon into a crisis

Hariri’s assassination killed Lebanon in the then worst crisis since the 1975-90 civil war, setting the stage for years of confrontation between rival political forces.

The “massive” bombing that left the 11-meter-wide crater was “intended to and actually caused terror,” the court said.

The attack sparked mass protests that drove Syrian forces out of Lebanon after three decades. Hariri had opposed the Syrian presence in Lebanon.

Judges said Ayyash was at the center of a network of mobile phone users that extended Hariri’s movements for several months before his murder.

The court ruled in favor of Ayyash on Friday, saying there was no direct evidence of the involvement of Syria or its ally Hezbollah, but the attack “was likely to involve state actors”.

“The state with the most to gain from the assassination of Hariri was probably Syria,” Judge Janet Nosworthy said.

Prosecutors had said that five life sentences at the same time was “the only fair and proportionate sentence” for Ayyash, given that it was the “most serious terrorist attack that has taken place on Lebanese soil”.

Legal experts said the verdict was still important, even without Ayyash in the dock.

“In absentia, of course, trials are not the perfect way to dispense with international justice,” Christophe Paulussen, a senior researcher at the Asser Institute in The Hague, told AFP.

International courts were like “a giant without arms and legs” because they relied on states to arrest suspects and could not execute orders themselves.

“But even with this handicap, STL has at least drawn up a very authoritative court record of what happened 15 years ago and thus helped Lebanese society move away from a culture of impunity against one of accountability,” says Paulussen.

In 2007, the UN Security Council agreed to set up the tribunal, which was designated as the world’s first international tribunal set up to try terrorist crimes.

It opened its doors in 2009, although the Hariri trial itself did not formally begin until 2014.

The court has cost at least $ 600 million to conduct and has so far dealt with only four cases, two of them for contempt of court for news reports with information about confidential witnesses.

Ayyash is facing a separate case in court over three other deadly attacks on Lebanese politicians in 2004 and 2005.