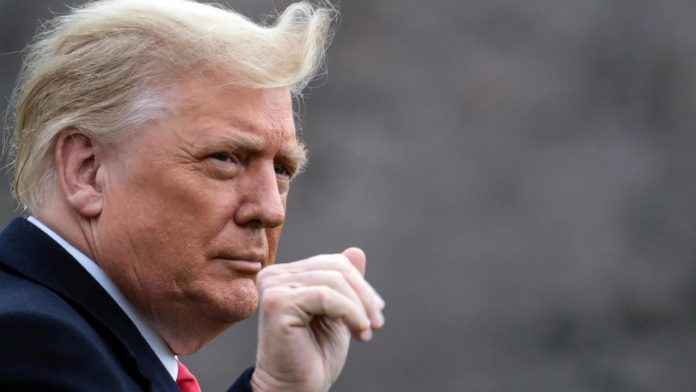 President Donald Trump on Tuesday rejected a $ 900 billion two-part Covid stimulus package, calling it a “shame” and demanding that lawmakers more than triple payments to Americans.

While he did not explicitly say he would not sign the bill, which passed overwhelmingly Monday in both houses of Congress, Trump made it clear that he would not accept the legislation.

“It really is a shame,” he said in a video posted on Twitter.

“I urge Congress to amend this bill and increase the ridiculously low $ 600 to $ 2,000, or $ 4,000 for a couple,” he said, referring to relief checks that were intended to go out to most Americans.

“I also ask Congress to immediately get rid of the wasteful and unnecessary things from this legislation and just send me a suitable bill.”

As the Covid-19 death toll rises in the midst of a massive coronavirus rise that further threatens the world’s largest economy, Republican and Democratic lawmakers finally hammered a bill after months of hassle and biased finger-pointing.

Any delay in approving a deal would have serious consequences – it is intended to save millions of unemployed workers days away from the expiry of their unemployment benefits and provide a new round of cash payments.

Small businesses will benefit from more government subsidies, while the package also includes rental support and assistance to families who are exposed.

The massive package is part of a $ 2.3 trillion, nearly 5,600-page “coronabus” bill, which includes a so-called omnibus bill to fund the government for the coming year.