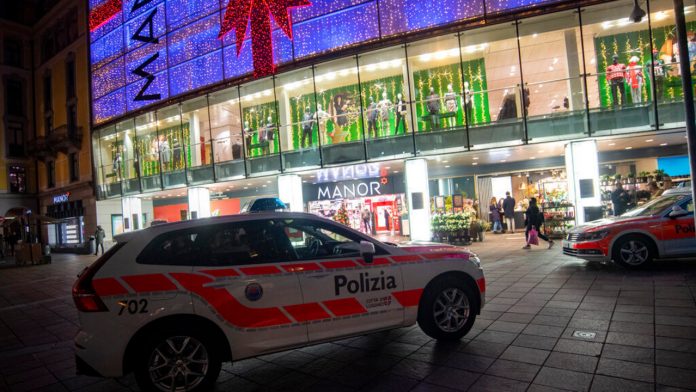 A Swiss woman attacked two other women in a supermarket in southern Switzerland on Tuesday, regional police said, adding that “terrorist motives” could not be ruled out.

Police in Switzerland’s Italian-speaking Ticino region said they had been alerted to a stabbing in a department store in the city of Lugano just before 2pm (1300 GMT).

Initial investigations had shown that a 28-year-old Swiss woman had attacked two other women, tried to suffocate one with her hands and injured for a second by cutting her neck with a knife.

Other customers managed to silence the attacker, who was arrested, the police statement said.

A first medical evaluation showed that one of the victims had received serious but not life-threatening injuries, while the other had minor injuries, police said.

Regional police said it “does not rule out terrorist motives” and added that it cooperated with federal authorities and the local Lugano police in the case.