Uighur refugee in France talks about his trial – 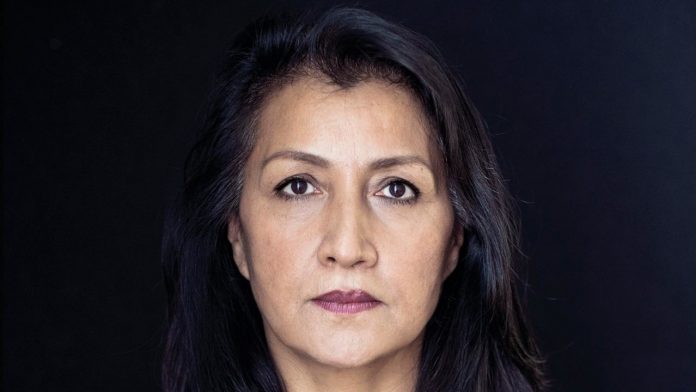 After three troubling years in Chinese training camps, Gulbahar Haitiwaji, a Uighur woman who was lured back to China from France only to be arrested, interrogated and abused, tells her story in a recently published book.

“In the camps, life and death do not mean the same thing as they do elsewhere. One hundred times, when the guard’s footfall woke us up at night, I thought that our time had come to be executed. When one hand viciously pressed clippers over my skull, and other hands pulled away the bundles of hair that fell on my shoulders, I closed my eyes, blurred with tears and thought that my end was near, “writes Gulbahar Haitiwaji in his book,” Rescapée du Goulag Chinois “(” Survivor of the Chinese Gulag “), co-author of Le Figaro journalist Rozenn Morgat and published in French on January 13 by Éditions des Équateurs.

For three years, Haitiwaji, by the Turkish-speaking Muslim, Uighur minority, lived through the plague of Chinese rehabilitation camps. In her book, the mother of two daughters tells of interrogations, torture, hunger, brainwashing and forced sterilizations that she has experienced or witnessed. Beijing had imposed drastic surveillance measures against the Uighur people in her native Xinjiang province, under the guise of a “war on terror”, following a series of deadly attacks on civilians in 2014.

“Making someone disappear is really possible”

Haitiwaji was born in 1966 in the great northwestern province of China. An engineer like her husband started working in the 1980s for an oil company in the city of Karamay. Discrimination against the Uighurs was already deeply involved at the time, and professionally their prospects were slim.

In 2002, Haitiwaji’s husband, who could no longer bear the situation, decided to leave and look for work abroad. He first went to Kazakhstan and then to Norway, before settling in France, near Paris, where he applied for asylum and four years later transferred his wife and daughters.

Over the years, the family gradually found its stocks. But in November 2016, everything changed.

Haitiwaji, then 50 years old, received a phone call from her former company in China and called her to sign some official newspapers needed for her retirement. She had a bad feeling about it, because she knew that emigrated Uighurs were being monitored and that in Xinjiang the power was in full swing. But the company insisted and despite her astonishment, she decided to go to China, only for two weeks.

Sure enough, it was a trap. Shortly after her arrival, Haitiwaji was arrested and taken to Karamay police station, where she was shown a photo of a young woman she knew all too well – one of her daughters, Gulhumar.

She posed in front of the Place du Trocadéro in Paris, tied in her black cloak, the one I had given her. In the picture, she smiled, a miniature flag of eastern Turkestan [the name used by Uighurs to designate Xinjiang] in her hand a flag that the Chinese government had banned. For Uighurs, that flag symbolizes the region’s independence movement. “It was at the end of one of the demonstrations organized by the French branch of the World Uyghur Congress, which represents Uighurs in exile and speaks out against Chinese oppression in Xinjiang,” Haitiwaji wrote in his book. The Chinese authorities accused the daughter of terrorism and the mother had to pay.

Haitiwaji was imprisoned and cut off from his family. “Nothing in Xinjiang is like the rest of China. Getting someone to disappear is really possible. Even worse: it’s easy, she says. For several weeks she was locked in a cell and the abuse began. She was considered a criminal without knowing why.

The guard came in one morning and chained me to the bedposts, without a word. That was two weeks ago. Since then I have lived sitting against the side of the metal bed, my bottom in the dust. I can get on the mattress for the night. ”

A “school” for educating the Uighurs

In June 2017, the authorities transferred Haitiwaji to a “school”, a retraining center where teachers seek to “eradicate Islamist terrorism” from the minds of Uighurs. According to Amnesty International and Human Rights Watch, more than one million Uighurs are being transported or deported to these camps. The inmates there are subjected to intensive brainwashing. They are not allowed to speak their mother tongue and cameras are constantly monitoring them in their cells, corridors and even the toilets. The days are spent on lessons in Chinese history and explanations glorifying President Xi Jinping. Propaganda is constant. Haitiwaji was forced to participate in military training: “Physically taxed to the utmost, we no longer felt we were talking. Our days were marked by the guard’s whistle, when we woke up, at meals, at bedtime. “

Women were also sent for vaccination, but according to Haitiwaji, they were actually sterilized. She realized this when talking to other prisoners: “During my free time, many trusted me, ashamed that they were no longer getting their periods. They said that their period ended shortly after the vaccination … I, who had already stopped my period, tried to calm them down. But deep down, a terrible thought was already beginning to take shape: Are they sterilizing us? “

According to a study published by the AP in June last year, the Chinese government has appointed Uighur women in Xinjiang for pregnancy tests and forced them to have an IUD, undergo sterilization or have an abortion.

In November 2018, two long years after her arrest and at the end of a nine-minute summary trial, Haitiwaji was sentenced to seven years in prison. The sentence left her “no more than a shadow” of herself, a ghost: “In the turns of the camp, cut off from the rest of the world, my endurance crumbles. The strenuous routine is repeated over and over again, forming a long strenuous day.”

But thousands of miles away, her family struggled to get news of her and, more importantly, to get her released. Her daughter Gulhumar decided to speak out in public. In February 2019, she initiated a first appeal against FRANCE 24.

“My daughter does not know it yet, but she has just triggered hostilities. She spoke openly and accused China of inhuman treatment. She is the first security victim of the Xinjiang assault to do so. The consequences are as great as the risk she took: gigantic, says her mother in the book.

The matter was now in the hands of Quai d’Orsay, the French Ministry of Foreign Affairs. Diplomacy was finally started, as Haitiwaji’s husband and daughters had refugee status in France. The negotiations were long, but eventually Haitiwaji was moved to an apartment and placed under house arrest.

In August 2019, after a brief trial, a Karamay judge acquitted her – just like that – and she was allowed to leave Xinjiang and join her family in France without serving her sentence.

The relief was palpable, but the scars lasted: “I lost my mind in the camps, it’s true. But all this is very real. Nothing I have experienced is an expression of a morbid imagination of a prisoner who exaggerates her condition. I was carried away, like thousands of others, in the mad whirlwind of China. China deporting. China torturing. China killing its Uighur citizens. ”

After these three years of “madness”, Haitiwaji has chosen to speak openly, despite the danger to her and especially to her relatives who still live in China. She is now on a mission – to be the voice of “all these people reduced to less than men, less than women, under the brutal weight of oppression”.

This article was translated from the original in French.