W. Sahara ‘does not’ belong ‘to Morocco, says Polisario Front and blows up the Trump declaration 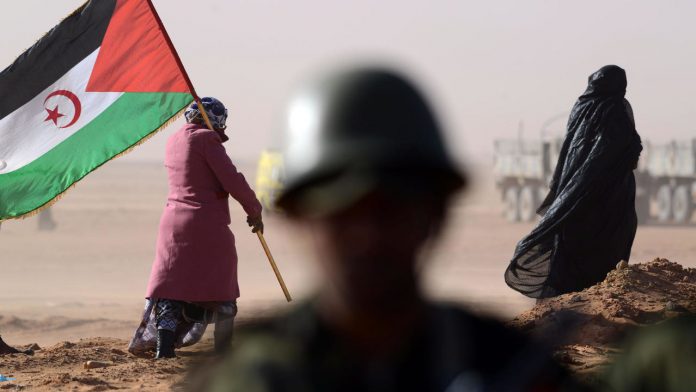 “Polisario and the Sahrawi government strongly condemn the fact that the outgoing US President Donald Trump attributes to Morocco something that does not belong,” the Sahrawi Ministry of Information said in a statement to AFP.

The Polisario Front is an Algerian-backed independence movement that holds a fifth of Western Sahara and has fought for a vote on self-determination through decades of war and stalemate.

The region was colonized by Spain in the 19th century and Morocco was annexed in 1975. The independent Polisario Front, which represented the local Sahrawi population, fought with Moroccan forces for several years for control of the territory.

The US move seems unlikely to lead other Western states or the UN to abandon its own long-standing position and demand a referendum to resolve the dispute. The UN said its stance was unchanged.

Trump, whose mandate expires in January, said on Thursday that he had agreed to recognize Moroccan sovereignty over the disputed territory, while announcing that Morocco was normalizing relations with Israel.

“Trump’s decision does not change the legal terms of the Sahrawi issue because the international community does not recognize Moroccan sovereignty over Western Sahara,” the Polisario Front said.

“It is a clear violation of the UN Charter … and the fundamental principles of the African Union, and hinders the efforts of the international community to find a peaceful solution to the conflict between the Sahrawi Republic and the Kingdom of Morocco.” Added.

A spokesman for UN Secretary-General Antonio Guterres on Thursday said the UN chief believed that “the solution to the issue can still be found based on Security Council resolutions”.

In its statement, Polisario called on the UN and the AU to “put pressure on the Kingdom of Morocco to put an end to its occupation of Western Sahara”.

A decade-old ceasefire collapsed in mid-November after Morocco said it had sent troops into no-man’s land there to open a road to neighboring Mauritania.

The UN-led talks between the two sides – including Algeria and Mauritania – collapsed several months before that.