“We reject all agreements that would involve Haftar,” Libya’s defense minister told FRANCE 24 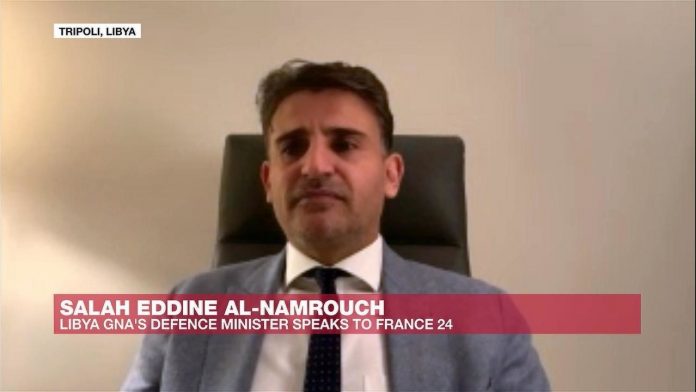 In an interview from the Libyan capital Tripoli, Salah al-Namroush, Minister of Defense of the Libyan National Government (GNA), FRANCE 24, said that the forces in Haftar are breaking a ceasefire that both camps agreed on in October. He said that while the GNA forces respected the agreement, Haftar, with the support of mercenaries, had launched attacks in the southern part of the country. He warned that GNA was ready to withdraw from a military commission set up by the UN to monitor the ceasefire should these violations continue.

He expressed serious doubts that the elections could be held in December 2021, which was recently approved by a Libyan national dialogue forum under the auspices of the UN. And he clearly rules out the possibility that Haftar would retain a role in a future political agreement and label him a war criminal who should be in prison. He warned that if the ceasefire broke, GNA would be ready to take part in a military battle against Haftar.

He said it was a “shame” that France had supported Haftar for several years and expressed hope that it would change. He dismissed France’s criticism of Turkey’s role in Libya, claiming that the strategic partnership between GNA and Ankara is clear and public, while the arrangements between Haftar and his foreign supporters are made in secret.

He went on to say that GNA was ready to enter into talks with the other side to create a political solution, provided Haftar is shut down once and for all.