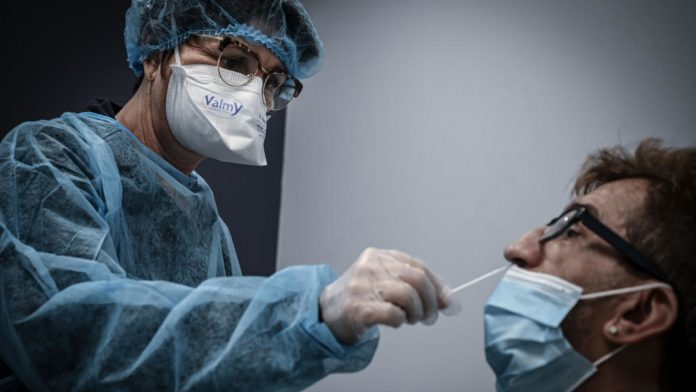 The World Health Organization’s coronavirus instrument on Sunday showed a record daily number of new Covid-19 cases over the weekend, as France registered 27,228 new cases and a further 302 deaths in the last 24 hours, according to the Ministry of Health.

WHO figures for Saturday showed that 660,905 cases of coronavirus were reported to the UN Health Organization, which set a new high watermark.

This number, and the 645,410 registered on Friday, exceeded the previous daily record high of 614,013 recorded on November 7.

In Saturday’s new case number, the WHO’s Americas region recorded a record height of 269,225 newly confirmed cases in one day.

Within each week, the pattern of cases reported to the WHO tends to peak towards Friday, Saturday and Sunday and dip around Tuesday and Wednesday.

According to WHO figures, there have been more than 53.7 million confirmed cases of the disease in total since the pandemic began, while over 1.3 million people have lost their lives.

WHO Director – General Tedros Adhanom Ghebreyesus warned on Friday that there was “a long way to go” to bring the virus under global control.

France, meanwhile, recorded 27,228 new confirmed cases of Covid-19 and a further 302 deaths from the disease in the last 24 hours, according to data from the Ministry of Health on Sunday, although there were signs of a decrease in the number of new cases.

France has now registered a total of 1,981,827 confirmed COVID-19 cases, while 44,548 people have died from the virus – the seventh highest number of deaths in the world.

Nevertheless, the data marked a slight decrease compared to the previous day’s Covid-19 figures for new confirmed cases and deaths.

France is in the middle of its second national lock-in aimed at limiting the spread of the virus after its shutdown in March-May.

President Emmanuel Macron’s government has set a deadline of December 1 for this deadlock, although the government has said it could extend it beyond that if it believes the numbers are not falling fast enough.

The government will, under pressure from shops and companies, loosen the restrictions in time for the Christmas shopping period.